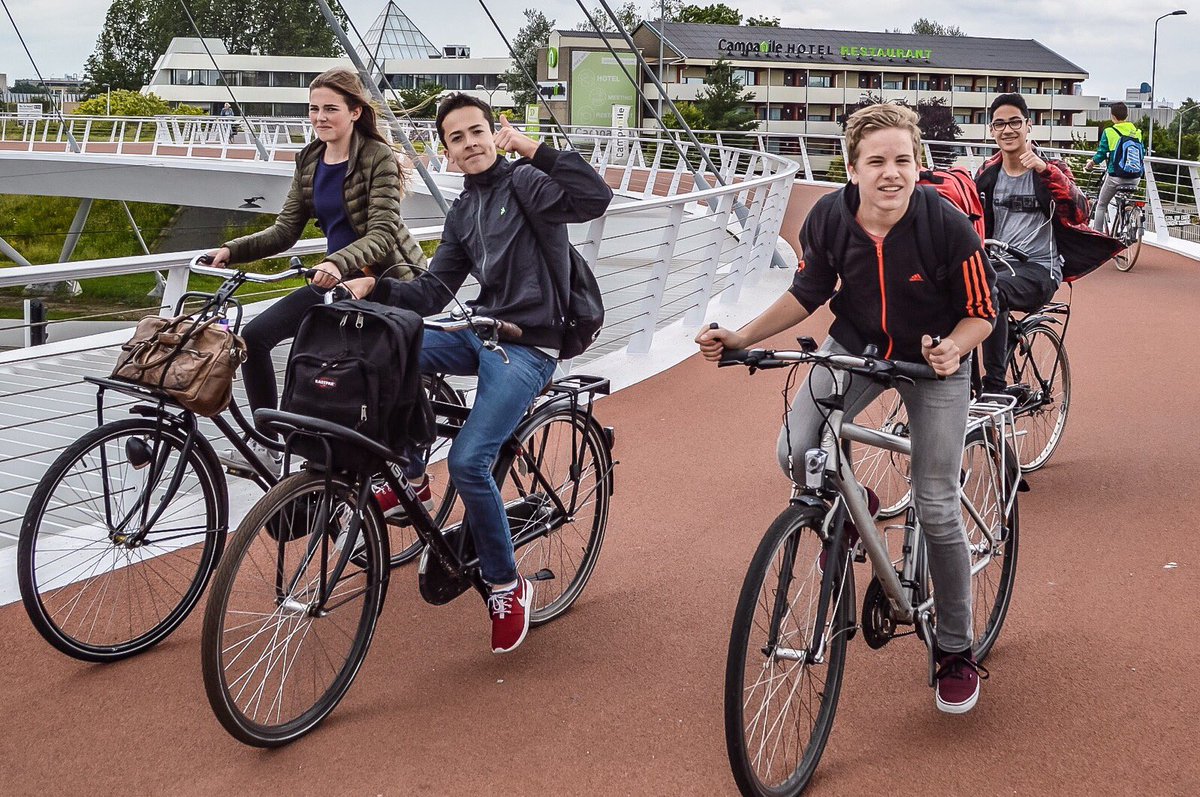 Every linguistic community has its own slang. Funnily enough the Dutch mainly use slang from other languages. In Highschool they flourish like nowhere else. Here are a couple of teenage slang words for your youngster to shoot the breeze with his or her Dutch peers, coming straight from the source; from my two native Dutch sons, aged twelve and sixteen.

‘Ja, is goed, ouwe’, I often hear my oldest son say. Rough translation could be: ‘Yes, it’s ok, oldie’. ’It seems as if he’s addressing his granddad in a disrespectful manner, but he’s actually talking to his friends, showing his affection with the word ‘ouwe’. The vocabulary of one school may differ though from the use of slang in another; Everybody uses the term ‘ouwe’ in the highschool ‘Het Fons Vitae Lyceum’, but any student from ‘Het Ignatius Gymnasium’ would raise his eyebrows, my son knows from experience.

‘Bro’ is another term obviously derived from English, which the teens enjoy using a lot. Faka’ is often used to greet each other. The term ‘Faka’ is an abbreviation of ‘Fawaka’ and  has its roots in Surinam, meaning ‘how’s it going?’It often appears in Dutch rap and is very popular among teens. ‘Hé, die is wel fattoe’, says my oldest son about an Insta-post he finds amusing, a word that also derives from the Surinam language.

Other popular ways of greeting are  ‘Yo!’ and ‘Later!’ ‘Later’ being the same word in English, is pronounced differently in Dutch, meaning ‘See you later!’ The exclamation ‘Dat is echt ziek!’, literally translated is‘ that is really sick’. Nobody got sick, on the contrary, something is really great. Just like ‘yo’, ‘later’ and ‘bro’ Dutch teens copy more American slang like ‘chill’. The new class schedule is ‘chill’. That there’s a dropout is even more ‘chill’.  Anything can be ‘chill’. So many things get the label ‘chill’ even I catch myself using this Americanism.

The word ‘skeer’ really made me raise my eyebrows, what on earth does it mean? My youngest son explained, it’s somebody who’s broke. But it can also be used for an action that is considered poor, ‘doe niet zo skeer!’, ‘don’t be ‘skeer!’

‘Boeie!’ is an interjective that appeared for the first time in the Dutch dictionary the ‘Van Dale’ in 2006 and was chosen twice as the kids word of the year, in 2006 and in 2018. When the boys  call out ‘Boeie!”  it concerns something that is completely uninteresting to them. It’s derived from ‘het boeit me niet’, meaning ‘I’m not interested’. On the other hand, when a teen tells you ‘je hebt skills’, then you know that whatever it is you are doing, you are doing a nice job, ‘you’ve got skills, bro!’

One thought on “DUTCH SLANG FOR TEENS”