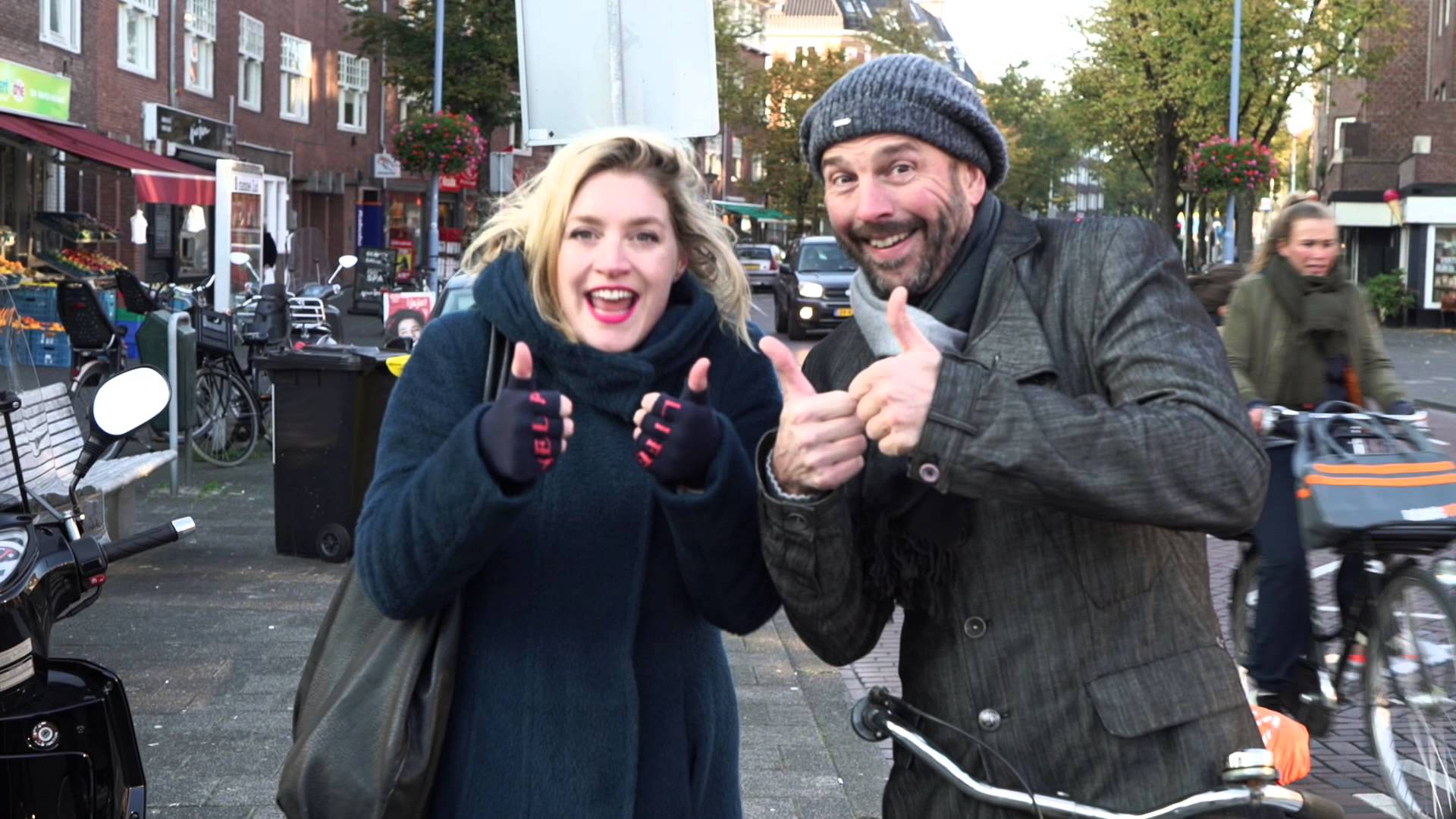 I am a native English speaker and have lived in Amsterdam now for 3 years. When I got here I spoke no Dutch at all. At this stage I am somewhere in the region of being an advanced intermediate speaker… still a beginner writer though.
I am also an English teacher though, so when I tackle a new language, I observe many of the things that happen through the lens of teaching and how my students react to what I teach. My tips to learn to speak Dutch are based on those experiences.

Dutch has its own way of structuring sentences and saying specific things (like reflexive verbs and phrasal verbs – they exist in both languages but work differently). If you insist on comparing how this works to your own language, often you’re just going to get very frustrated. Instead, use the difference as a handy reminder of how it DOES work in Dutch. All languages are logical for the most part. Sometimes it just takes a while for that logic to become apparent.

Dutch has a range of ‘G’ and ‘S’ and ‘TJE’ sounds that I was not acquainted with. Getting an English mouth around these sounds Is not easy. What makes it easier though is to realise that this is a purely muscular, biological process. Simply put, it’s the reason why you cannot hit a hole in one on your first day of golf. You need to train the muscles in your face and mouth to move differently to consistently form the shapes required to make these sounds. And like golf, focussed, dedicated repetition is the only way to solve this issue.

GETTING INTO THE RHYTHM OF DUTCH

Rhythm is probably not the first thing in your mind when you’re learning to speak Dutch and yet it may well be the biggest reason you are consistently mis-understood. English follows a fairly strong de-dum, de-dum, de-dum type rhythm with regular emphasis points and pauses. SO much so that we even change words like Wednesday to sound like Wensday. If you try and speak Dutch like thins, you’re just going to sound a bit strange and possibly over-emotional. Watch the TV news to get an idea of the more standard, Dutch rhythm of speaking.

Dutch is not spoken all over the world by millions of people. As a result, relatively few Dutch people hear Dutch being spoken by non-native speakers. This results in them being pretty bad at recognising even slight accent and emphasis deviations. You might think you’re saying something at least close to how it should sound, and yet you are being met with absolutely no recognition. This is not due to the Dutch person concerned being difficult. They are simply not used to doing the complex ‘colouring in’ that most English speakers do every day due to the international character of the language. Try changing your emphasis or just rephrase yourself to make yourself understood.

EVERYONE REPLIES IN ENGLISH

It’s true, the Dutch like to practice their English and/or show off how good they are at it. Don’t be weak! It will be up to you to insist on speaking Dutch. Also, once conversations get past the superficial level, you’ll suddenly find that many Dutch people aren’t actually all that fluent… if you stay speaking Dutch, they will relax and open up to you way more. If you stay in English, the interaction will stay superficial.

Of course, there are many factors at play with learning a new language. But the most consistent one is focused practice. As a teacher, I find that the students who are willing to try and fail and try again consistently improve the most. With Dutch, this can be hard to achieve and it can often sound weird and complex to a non-native speaker. Don’t give up, that will change. Keep attending your lessons and most importantly, keep speaking. Wear your Flowently ‘Maak me blij, praat Nederlands met mij’ sticker and ask people to please reply to you in Dutch. You’ll be amazed at how fast it gets easier once you do.