Written by
maarten
Posted in
Tips
Comments
Leave a comment 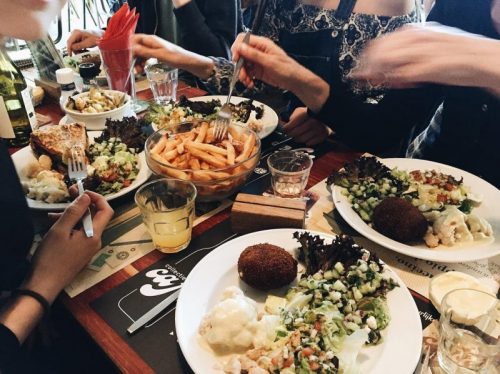 A CALL WITH ONE OF MY BEST FRIENDS

Many years ago I was living in Amsterdam and was about to end a long telephone conversation with one of my best friends who I hadn’t seen in 6 months. We had talked for at least 45 minutes and I had my agenda on my lap, ready to pick a date have dinner together.

FEELING AT HOME IN COLOMBIA

I had recently returned from a 5-months stay in Colombia, the country where I was born and always  wanted to visit again. Although I had moved back to the Netherlands at the age of 7 years, going back to Colombia felt in a way to me like being home again. So much in fact that – inevitably – I fell in love with a Colombian girl and seriously considered to stay in Colombia.

There were many things in Colombia that I preferred over my own, Dutch culture. For example the hospitality of the people and the spontaneity to visit friends and starting a party. Life felt much more relaxed and it seemed time was always abundant. But in the end my girlfriend and I decided to go back to Amsterdam and see how our relationship would develop.

While my girlfriend was sitting on the couch in our apartment watching television, I agreed with my friend – agenda in my hand – to see each and have dinner in two weeks. As I hung up, my girlfriend turned her head to me and asked who I had been talking to for so long. I answered this was one of my best friends whom I hadn’t seen for a long while. She asked me what the thing with the agenda was. I told her that we had set a date to have dinner together and catch up, two weeks from now. Rising one eyebrow, my girlfriend remarked: “I thought you just said he is one of your best friends”. “He is!”, I replied. “So why doesn’t he come over now?”, she asked, and continued to watch television shaking her head in disbelieve.

There I sat, with my agenda in my hand, wondering what had happened. How could I, who felt typically un-Dutch in many ways, have adapted so quickly again to the typical Dutch way of meeting with friends? Of course my girlfriend was right, that if he was a best friend he should have come over the same evening to hang out and catch up. Why wait for two entire weeks before seeing each other?

This was many years ago, and my girlfriend and I have been together ever since. ‘Intercultural relationships’ bring their fair share of challenges, I must admit, but they also offer a different perspective on many things one would take for granted otherwise. And, even after 25 years, I am still grateful for that!